In 1990, with Après-midi, Héla Fattoumi and Éric Lamoureux confronted another performer with their choreographic approach. For the first time a third person intruded upon their duet. As if the hard-earned double balance found in their first work Husaïs had to be severed; or at least shaken. And that’s the least that can be said about the way the trio Après-midi yielded a three-way relationship of disturbing instability.

Now they have invited three young dancers to take over the original choreography. Once again, as with Solstice (remix) remounted in 2010, they explore passing on and reinterpreting the material of an artistic creation. But they also offer up a sort of archive in movement of a dance style of an extreme physicality, (already) uncommon at that time and (still) in current choreographic practice.

The three performers of Après-midi, one woman and two men, are above all three presences, three intensities, three rhythms, wedged into the torpor of passing time.

Three rocking chairs, partners in play, situated diagonally across the space, are the triggering mechanisms for the various body states the performers pass through. The centre of gravity of each chair has been elevated to undermine its stability and the dancer’s. The three rocking chairs function like starting blocks, their design instils the tumult of choreography that sees the dancers striate space with striking fleeting drives, forces it into inebriating circles, or occupies it with synchronized movement. Like three suspension points, the chairs also offer the performers a few moments of respite, shared calm. Like the three performers themselves, between the subtle details, fragile footfalls, simple gestures filled with tenderness and upsurges of rage, and delirious staggering jumps, viewers are jolted between searing intensity, tension and release. Inevitably unsettling. 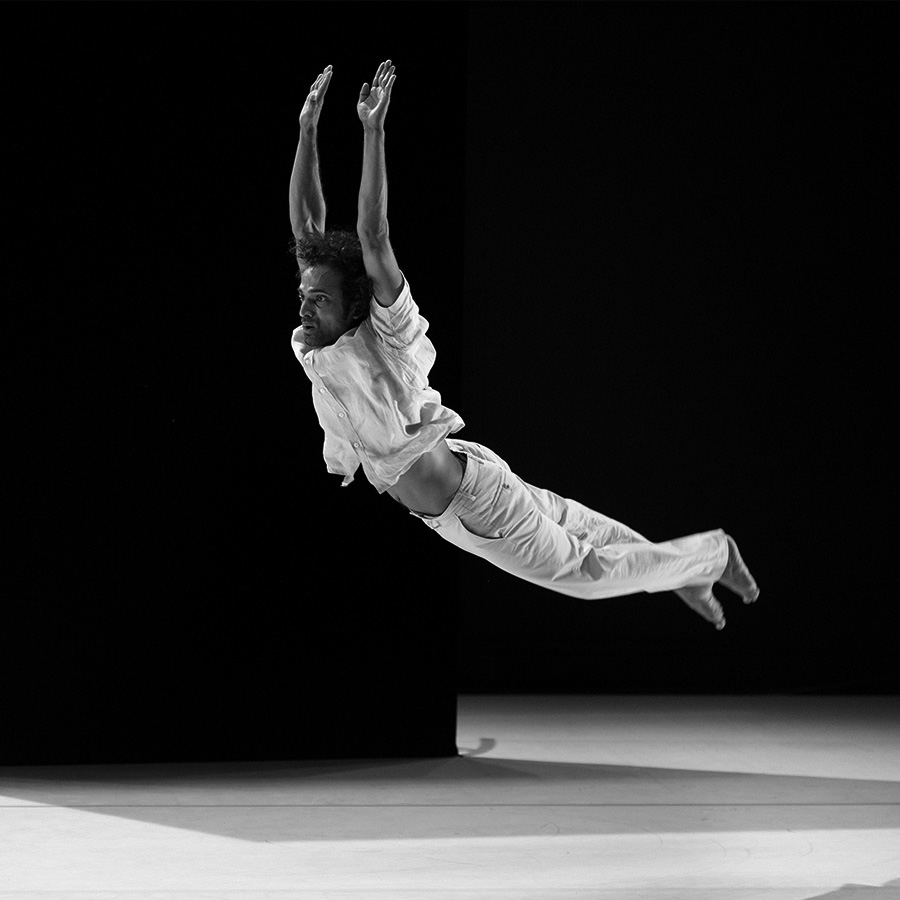 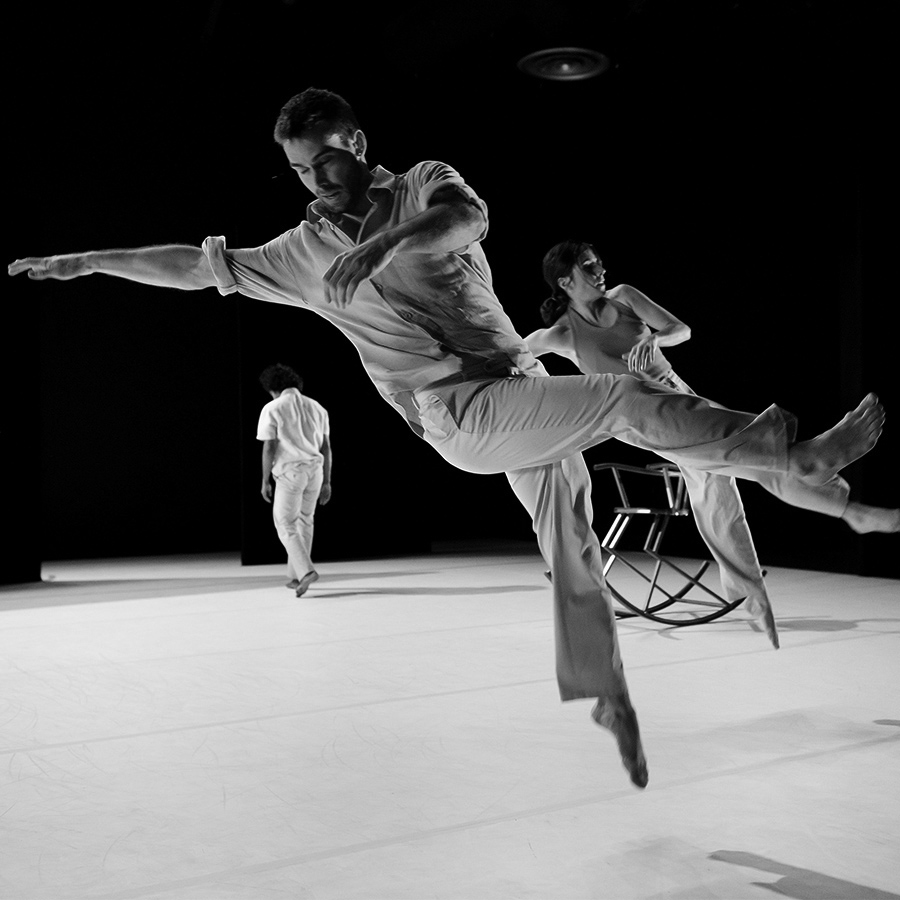 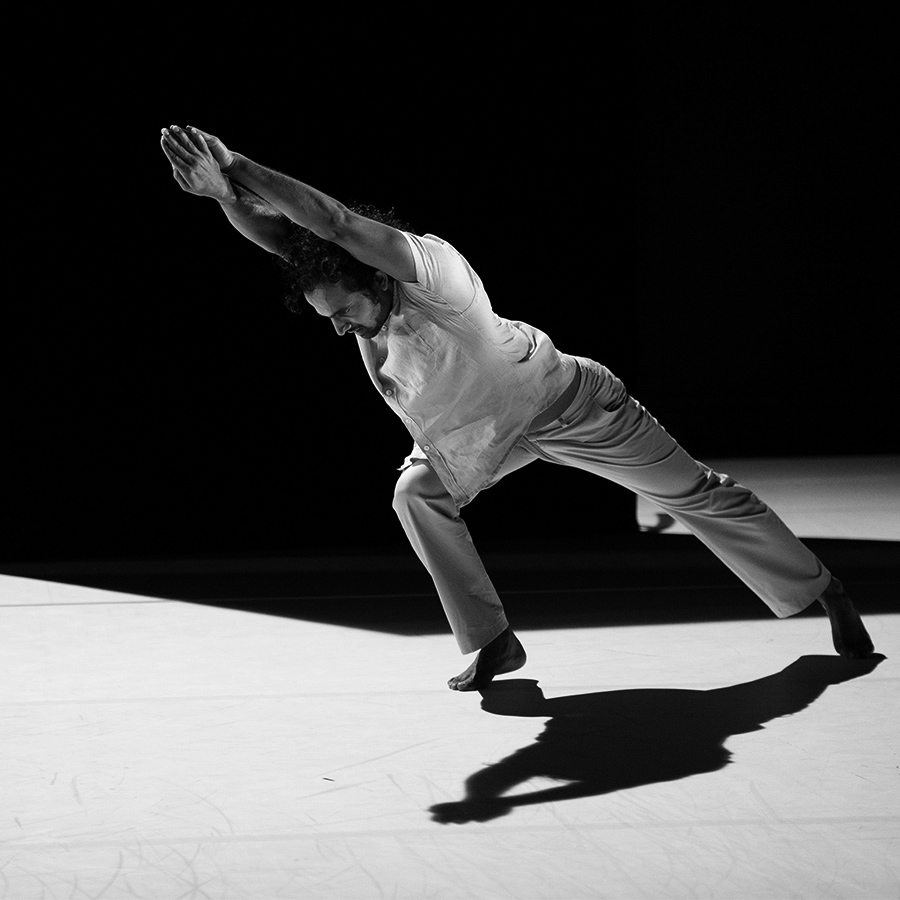